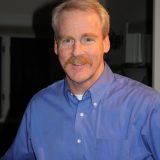 Neal is the Assistant Director of Human Resources at Colby College in Waterville. Prior to that, he was the Director of Human Resources at SFH in Warren and Director of Human Resources Hodgdon Yachts in East Boothbay.  He was the Chief Operations Officer with Jobs for Maine’s Graduates (JMG), managing school to work programs in over 70 locations around the state.  He had a 20 year career with MBNA America, working in multiple areas of the company including Operations, Human Resources and Facilities Management.  In addition to several years working for non-profits in Maine, Neal served on a number of different boards including the Camden Rockport Lincolnville Chamber, JMG and the Penobscot Bay YMCA.  He currently serves on the Maine Marine Trades Association Board and the Coastal Counties Workforce Development Board.  A graduate of the University of Delaware, Neal is a certified SPHR and SHRM SCP.  He and his wife live in Camden and have three daughters.

We're not around right now. But you can send us an email and we'll get back to you, asap.